Anyone following the Cardano ecosystem over the last week will have heard about both the great launch of Minswap and the vulnerability that was discovered (and fixed) in their code.

What we all need to remember is, that while the Cardano blockchain is an amazing creation, there will always be teething issues. That isn’t to say the vulnerability was insignificant, it wasn’t, it could have been disastrous…

Because the Cardano ecosystem has something that other blockchains don’t have (at least, not as much as we do).

A sense of collaboration and teamwork.

I am in a privileged position to sit in meetings with teams like MLabs and Well-Typed and have a certain insight into behind the scenes collaborative work that many Cardano-based developers do.

It is no surprise to me that the vulnerability was handled in such an open and professional manner.

After Minswap open-sourced their code, the team from Wingriders, had a look at it (as well as, I’m sure, every developer from every project!) They noticed several problems, one of which was incredibly serious.

They immediately got in touch with the Minswap team who then jumped into action and fixed the problem, with help from developers from several projects as well as the Auditor, Tweag.

Personally, I am unconvinced that it would have been handled in this way on many (if any) other blockchains.

My point is, the Cardano Ecosystem is strong because we all help each other, we know that true strength comes in working together.

I and the rest of the Cardax team are incredibly proud to be part of this community.

If you want to read more about this, here are articles from Tweag, Minswap and Wingriders.

Yes, our audit by Tweag starts today (28th March 2022), and yes, we still have full confidence in them. We will touch on this a little later.

Immediately following the aforementioned vulnerability (and its subsequent fix), The Cardax, MLabs, Well-Typed and Tweag teams had various meetings and conversations to ensure that:

While we can never give you 100% promises that issues won’t arise (no one can), we will do everything in our power to:

For more information, have a read of this article.

Last week, we had some unexpected detours to take: The rewriting of the PlutuxTx validators to Plutarch was progressing slower than expected.

Nevertheless, the heavy lifting of the biggest and most important validator, the PoolListValidator is almost done.

We faced also some struggles with plutip, our integration test tool. But also here we are back on track.

Setting up our infrastructure for running the Cardax DEX dApp on a private testnet, but also on the public testnet and on mainnet, moved forward.

So, we have made significant progress, regardless of the detours we were forced to make.

Things are getting really close now, keep an eye on our social channels (links below) for the most up to date news.

Paul and the Cardax Team 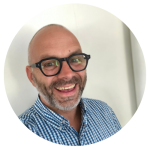