Why use a Decentralized Exchange (DEX) on Cardano instead of Ethereum?

Cardano is a third-generation public blockchain and Dapp development infrastructure. Also decentralized proof-of-stake (PoS) blockchain platform designed to be a more efficient alternative to proof-of-work (PoW) networks. The network was built to rectify some of the limitations and shortcomings of Ethereum. Specifically, Cardano aims to solve problems related to scalability, interoperability, and sustainability on cryptocurrency platforms.

Ethereum falls behind Cardano when it comes to scalability. Ethereum has a serious problem with scalability. Ethereum gas fees are too high there is no scalability! One of the primary goals of scalability is to boost transaction speed while keeping decentralization and security intact. In its current state, Ethereum’s blockchain can process roughly 15 transactions per second (tps). The main reason behind Ethereum’s scalability bottleneck is that each node in the network has to process each transaction. Remember that nodes perform the job of verifying that the miners’ work is valid.

Cardano can process roughly 257 transactions per second. In comparison to Ethereum, though, this is far faster. Also, cardano just released a document explaining the development team’s plan for the next-generation scaling solution. Cardano would be able to process over a million transactions per second (tps) with a Layer 2 scaling technology called Hydra.

On another side After purchasing tokens on an ETH DEX, you must keep an ETH balance in your wallet in order to withdraw non-Ether. On the Cardano network, this is not the case. Cardano’s Babel fee mechanism enables users to pay transaction fees on the blockchain with user-defined tokens, rather than just using the blockchain’s native token. In reality, this means that any token produced on Cardano can be used to pay transaction fees, effectively allowing users to avoid using ADA entirely. So you could trade all your Ada for any cardano native tokens. So this is the primary reason why we should use the cardano DEX instead of the ethereum DEX. 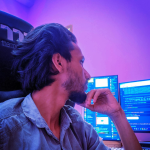 I have more than 3 years of experience working as an Online Community Manager. I have been learning about Cryptocurrencies since 2017.